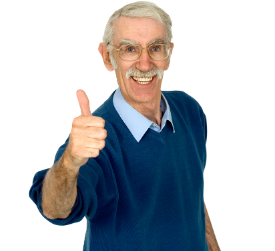 Despite the Declaration of Independence citing that “all men are created equal,” corporate America media hacks are intently erasing a select group of individuals who come from a specific gender and ethnicity, especially if they’re over the age of 50. While modern Democrats label themselves as “progressive”, in a time of racial equality and unity, they are regressing to the era of Dixie-Crats of yesteryear.  Familiar with the term “ghosting?”  According to the Urban Dictionary, “ghosting” is “When a person cuts off all communication with their friends or the person they’re dating with zero warning or notice before hand.”  Whether he realizes it or not, the older white American male is often becoming a victim of racial ghosting by companies who love his money, but not his photograph.

In an informal survey of six large banks and investment banks’ home pages, one group of substantial clients were noticeably absent from the companies’ messaging: the older white male.  The white male is the last easy target of PC-crazy America; the trend is so noticeable that even the left of center Boston Globe featured “In defense of the white male,” an opinion piece written by Roland Merullo[i].  Merullo reminds his fact-starved and self-biasing readers that heinous figures throughout history include those who aren’t white: Amin, Pol Pot, Baby Doc Duvalier and Hirohito.  Noticeably absent from the list is the penultimate mass murderer: Mao Zedong, according to the Washington Post (“Remembering the biggest mass murder in the history of the world,” August 3, 2016).  Merullo tutors readers that white men were responsible for the discovery of “penicillin,” “Novocain,” and modern “drug regimen used to treat people afflicted with AIDS,” as well as the “millions of white men who gave their lives in World War II” fighting Nazis.

When white men ARE featured in media, know that a safe “go to” is the “Stupid White Husband/Boyfriend/Man,” according to Mark Duffy in his damning piece, “Copyranter: The go-to ad joke is – still – the white male moron” (www.digiday.com, March 25, 2016).  Duffy, in his analysis, found “over 50 White Man Moron ads.”  He concludes by hoping that other diverse groups receive equal treatment in the future.  When will corporate America realize that true diversity is the diversity of ideas, rather than the color of one’s skin, gender or lifestyle preference?  Jesse Jackson and Thomas Sowell share ethnicity but differ in ideas.  Margaret Thatcher and Gloria Steinem are of similar gender but are ideological antipodes.  Former Chair of the San Jose State Economics department, Dr. Lydia Ortega, a Latina, free market economist, and former Lt. Gubernatorial candidate who grew up in one of the poorest sections of LA, takes umbrage with those who insist she speak with a “brown voice.”  Why is it that many liberals are the first to try to bully their constituents into falling into Socialistic lockstep rather than express a differing opinion?