America has always been a big fan of Christmas. The settlers who arrived in the early 1600’s held Christmas with a high regard, preserving it as “a sacred occasion and a day of rest.” Many Christmas traditions can be traced back to America’s Founding Fathers, who each celebrated Christmas in their own way. George Washington celebrated Christmas with his family at Mount Vernon, where the entire family spent 12 days celebrating the holiday. They would host family and friends to celebrate Christmas during the lengthy 12-day holiday.

Meanwhile, Benjamin Franklin was vocal about his faith in God, who he called “Creator of the universe” who “governs it by his Providence.” He remarked in his Poor Richard’s Almanac in 1733, “A good conscience is a continual Christmas.

The first White House Christmas party can be attributed to the second President of the United States. John Adams and his wife hosted their Christmas party for their four-year-old granddaughter Susanna Boylston Adams, and the event was attended by government officials and their children. Thomas Jefferson described Christmas as “the day of greatest mirth and jollity” and recounted how he celebrated Christmas with his grandchildren. Upon inheriting the White House from Jefferson, James Madison continued the Christmas tradition of hosting parties at the White House, but he and First Lady Dolley began the tradition of sending out Christmas cards to their family and friends. John Quincy Adams wrote “Is it not that in the chain of human events, the birthday of a nation is indissolubly linked with the birthday of the Savior? Is it not that the Declaration of Independence first organized the social compact on the foundation of the Redeemer’s mission upon earth? That it laid the cornerstone of human government upon the first precepts of Christianity?”

It is through reflecting on the thoughts of the Founding Fathers on Christmas and their faith that Americans can understand how deeply rooted the holiday is in America’s identity and culture.

On June 26, 1870, the American government declared Christmas a federal holiday. 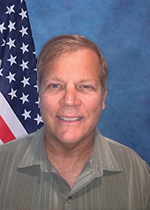 The CCR has many objectives, some of which are: (a) to become an influential political force for constructive action to preserve and protect responsible constitutional government, (b) to educate members and the public at large regarding pending legislation, candidates for public office, and the important issues of the day, (c) to encourage qualified Republicans to seek public office, (d) to help Republican candidates get elected, (e) to increase Republican registration and voter turnout, and (f) to promote unity, effectiveness and loyalty among all Republican groups.

To achieve some of CCR objectives, we partnered with South Peninsula Area Republican Coalition (SPARC) to provide a monthly “Speaker’s Series” presentation.  An important and timely topic is selected and then an outstanding speaker is scheduled for the event. These topics include: “What’s Next for the Supreme Court”; U.S. and China relations; California ballot initiatives; post-election analysis; legislative attacks on Proposition 13; and the effects of Propositions 47 and 57 on the criminal justice system.

The California Congress of Republicans (CCR) is a grass-roots political organization, founded in 1989 and permanently chartered by the California Republican Party. CCR is built upon the shared Republican principles of Limited Government, Lower Taxes to create genuine economic opportunities, individual liberty, personal responsibility and leadership in world freedom.

California Congress of Republicans provide an opportunity for like-minded individuals who share important core values to network and socialize with each other. This camaraderie can be furthered by participating in or joining a chartered organization in their community.  Because CCR is statewide and a chartered organization, its members’ voices are heard at the California State Republican Party level.

California Congress of Republicans (CCR) is a statewide organization, permanently chartered by the California Republican Party with chapters throughout the State of California. Many of our members also serve on their respective county Republican Central Committees and local Republican clubs.

CCR Chapters hold local events. You can view all the current events here

The numerous Chapters of the CCR publish Newsletters or important information for their respective Chapter.

The page contains a listing of all the CCR and CCR Chapters leadership and their titles.

The California Congress of Republicans provides resources to its chapters throughout the State, and hosts monthly events to inform voters. Please help us continue to make these services available to California voters. You can enter the amount that fits your budget.

We welcome new members with diverse ideas, who relish the power of teamwork. We will assist you in building your chapter. CCR helps identify, bring forward and endorse statewide candidates.

To discuss or have questions concerning the CCR or it’s Chapter’s you can reach out to: