It’s a strange time for Americans of all stripes, especially Republicans.  Corporations and churches are flying their multi-colored virtue-signaling flags from every edifice, making sure that the public at large is aware of their cartoonish participation in this month’s cultural cause cé·lè·bre.  Posters are proudly plastered in front of pastoral, teacher and administrative offices touting “safe spaces” and distinctions as to which “lives matter.”  Who would think that such divisive artifices would gain any traction in a country whose Declaration of Independence reads, “We hold these truths to be self-evident, that all men are created equal, that they are endowed by their Creator with certain unalienable Rights, that among these are Life, Liberty and the pursuit of Happiness.” But, such is the ugly truth of politics and the current charade of seditious shape shifters.  Historic warnings of “united we stand and divided we fall,” are cast aside as outdated standards, to the delight of opposing sovereigns.  One wonders if their dictators awaken their mistresses as they laugh themselves to sleep each night. 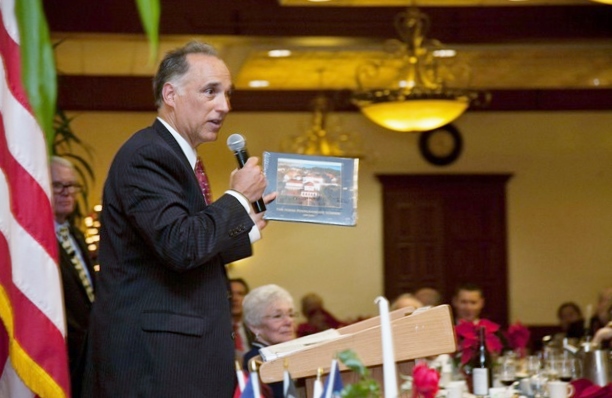 Empowerment tutorials are touted on campuses on how to shout and raise fists and brand approved strains of righteousness.  In surreal irony, bullies gesticulate from podiums on the evils of bullying – best lampooned by the writers of the South Park television program.  The code word of “justice” is repurposed by Leftist theologians, pandering politicians and jaded bureaucrats to determine who deserves the spoils of redistribution.  Art, fashion, comedy and music, once the great unifiers, adventurers and innovators are being neutered and circumscribed to a new restrictive code in wholesale perversion of basic liberties.  Poets and writers sent to Communist gulags nod with ghostly empathy before the snowdrifts of time cover them yet again.  Real controversies are largely ignored, including:

Historic threats to Western Civilization, such as those described in The Miracle of Freedom: 7 Tipping Points that Saved the World, are erased and substituted with subversive and obfuscating dogmata.  We can breathe a collective sigh of relief knowing that issues of true importance, such as restroom signage and bike lanes for indignant cyclists (many of whom ignore most rules of the road) are being dealt with speed and industry.  W. Cleon Skousen and Eric Arthur Blair should take a bow, come to the stage and receive their awards for eerily accurate prophesies.

A Lion in the Summer:
Don Genhart, Republican

Stepping back from the abject inanity of tax-and-spend California politics, where up is down and down is up, it is my unmitigated pleasure to write about a stalwart Republican, none other than that lion in summer, Don Genhart.  Don is known by many friends as “the Prince of the Desert,” a worthy moniker for a man who serves as President of the Sun City Palm Desert Republican Club, Regional VP of the California Congress of Republicans and delegate to the California Republican Party.  Don was born in Kansas City, MO, home to the Kansas City Royals (winner of the 1985 and 2015 World Series), and to Pony Express founder, Alexander Majors.  Don’s family subsequently moved to Ohio and then to Meadville, Pennsylvania – famous, Don jokes, for being in the Lord’s Prayer: ‘Deliver us from Meadville…”  Don attended high school in Meadville, home to the Bulldogs, where he participated in both track and swimming.  Don then attended Penn State, where he graduated with a BS in Hotel Administration, minored in Political Science and cheered for the Nittany Lions:

“Hail to the Lion, Loyal and True.
Hail Alma Mater, with your White and Blue.
Penn State forever, Molder of men (and women),
Fight for her honor, Fight, and Victory again.”

Don also served in the US Air Force as a Lieutenant where he worked in intelligence in Korea. Anyone who takes the time to read about the initial impact of MIG-15s on the lumbering B-29s knows that Don had his work cut out for him.  All hail to the swept-wing North American F-86 Sabre and its brave pilots who could take the fight to the enemy!  Don continued to apply his leadership skills in his civilian work, including running a hotel and three restaurants (in Oil City, Titusville and Meadville, PA).  He also served as Director of Sales and Marketing for Hilton and Sheraton, and worked in Oahu, Hawaii for six-and-a-half years as a Director of Sales and Marketing for the Royal Hawaiian Hotel.  Aloha!  Don also lived in Santa Barbara where Gauchos somehow study by the beach before he finally move to Palm Desert – heretofore known as “the Old McDonald Ranch.”

When asked about current hobbies and interests, Don confesses that he’s finally hung up his surfboard and retired as “granddaddy of the waves” when he used to surf in Hawaii, Santa Barbara and Huntington Beach.  Don enjoys yoga and has a three-times-a-week regimen.  He enjoys supporting local arts, attending theater and musical productions.  He is also active with “Animal Samaritans,” and the organization’s “no kill” shelter.  At the 8th Annual “Men of the Desert” Fashion Show, Don was one of the table hosts; together, donors reportedly raised an impressive $135,000.  According to a fun article in the Desert Sun newspaper, Don’s red, white and blue cowboy boots caught national attention when he attended a National Republican Convention.

Your CCR President is looking forward to speaking at the Sun City Palm Desert Republican Club and meeting Don’s many friends and fellow Republicans on June 19, 2019.  You can follow his Club’s activities by going to: https://www.facebook.com/SunCityRepublicans/