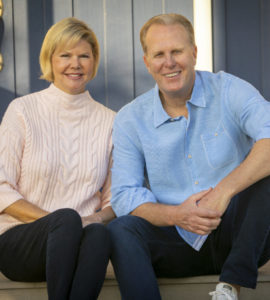 Topic: Why does CA need a new leader?

Register for this Online event

In the midst of Covid-19, job losses, prolonged school closures, increasing homelessness and shuttering of businesses, Californians are growing increasingly frustrated with the current state leadership. This is evidenced by the fact that while California Governor Gavin Newsom has been in office for just over two years, he is presently facing a sixth attempt to force a statewide recall election to remove him from office. This latest effort appears to be gaining real traction, including bipartisan support, as it has already exceeded the needed 1.5 million signatures a few weeks in advance of the certification deadline.

“Why does CA need a new leader?” is the focus of SPARC’s speaker series event this month, featuring Kevin Faulconer. Mr. Faulconer served as the 36th mayor of San Diego, having been elected in a special election held in February 2014 as well as a second term through 2020. During his term, San Diego was the largest city with a Republican mayor. His major accomplishments include building infrastructure and addressing the housing crisis. Mayor Faulconer garnered attention when he successfully lowered homelessness in San Diego with an approach focused on both compassion and action.  The mayor made bold decisions which he implemented to reduce homeless encampments in his own city, San Diego. Kevin Faulconer recently announced his candidacy for Governor of California either in the 2022 election or in a potential recall election.

California Congress of Republicans (CCR) is pleased to co-host this event with SPARC.  Timur Engin, the former President of SPARC, has recently been elected as CCR’s Vice-President and serves as the moderator.  This is a virtual event via Zoom and can be accessed through your computer, tablet or smartphone. A link to the meeting will be sent by email once you register for the event.  You can register through your Congress of Republicans’ representative, sparcgop.com, or to me directly, markhershey@sbcglobal.net.

Register for this Online event