The Return of Discrimination?
Prop 16 is on the November Ballot 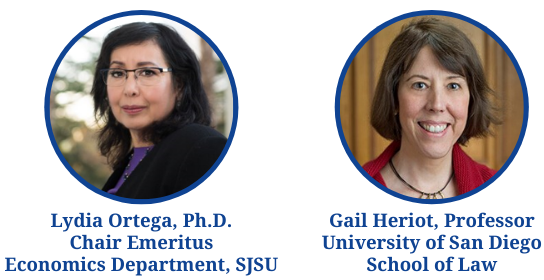 Is ACA 5 (now Proposition 16 on the November ballot) the Return of Discrimination?  The California Congress of Republicans (“CCR”) and its supporting chapters welcome the dynamic duo of Lydia Ortega, Ph.D., Chair emeritus of the SJSU Economics Department, and Gail Heriot, Professor at the University of San Diego School of Law and Commissioner on the U.S. Commission on Civil Rights.

Prop 16, the Left-leaning ballot measure seeks to strip away the inclusive and meritorious standards set forth by Proposition 209 (also known as the “Civil Rights Initiative”).  209 eliminated California’s discrimination based on gender or race.  Proposition 209 was heralded by UC Regent and multi-racial Ward Connelly, approved by a majority of the State’s voters and upheld by the California Supreme Court in a 6-1 decision.

Republican State Senator Ling Ling Chang, in her opposition to ACA 5, laments, “The answer to discrimination is not more discrimination.”