Take a Knee for Hao Haidong 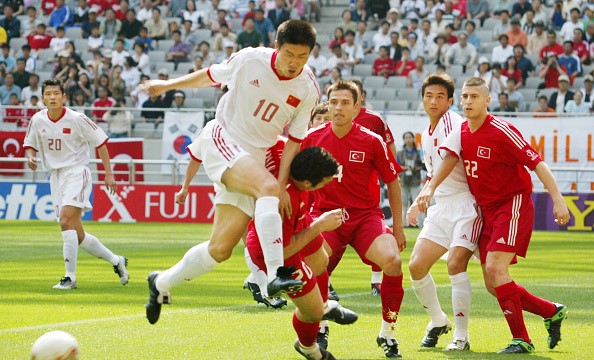 Take A Knee for Hao Haidong

Before yesterday, I confess to not knowing much about Communist China’s top goal scorer, Hao Haidong.  As a child, my family attended Stanford Indian football games, rather than soccer games.  Every year, like millions of Americans, we watched the Super Bowl.  Granted, I know little about the striker’s personal life.  This I do know.  Yesterday, Haidong unequivocally put his own life, and perhaps the rest of his family’s, on the line by criticizing the CCP.  Shortly after his condemnation of his country’s totalitarian rulers, his social media account with millions of followers was summarily erased.[i]  With a simple keystroke.  Gone.

In the US, we have historically taken Freedom of Speech for granted; reports of censure by Facebook, Instagram (bought by Facebook in 2012), Twitter, and Google’s wholly-owned YouTube, remind us of this sacred right’s fragility.[ii]  While Americans are preoccupied with civil unrest and social injustice, two of the world’s main sovereigns, Russia and Communist China, have a very real history of silencing their critics.  If you believe news reports, the practice is often permanent.  Beijing, according to Arch Puddington, Distinguished Fellow for Democracy Studies at Freedom House, holds the dubious distinction of being a “global leader in political prisoners.”[iii]  Many of Putin’s critics, such as Lesin, Litvinenko, Politkovskaya, Estemirova, Markelov, Baburova, wind up assassinated.[iv]  If taking a knee honors Haidong’s heroic criticism of an autocratic regime, then count me in.

Haidong’s courage is a reminder of the Unknown Rebel’s indelible heroism seen at Tiananmen Square on June 5, 1989, when students stood in front of tanks.[v]  As the specter of the CCP overshadows Hong Kong, Taiwan and the South China Sea, and the United States of America’s Exceptionalism is seditiously divided from within, the world needs heroes like Haidong who stand up to the genuine tyrants.  As the Kinks song recites, “this is Captain America calling.”  The looters and rioters who set fire to a firefighter’s Minneapolis bar and slay a policeman in Oakland are a heinous contrast; they are “the hollow men,” “the stuffed men,” the “empty men,” of which T.S. Eliot writes.[vi]  Meanwhile, the world may never learn the truth of what transpired at the CCP’s classified lab in Wuhan, now run by Major General Chen Wei.[vii]  Most Americans remain blissfully unaware of the Communist Chinese string of heavily fortified underground military bases, including the Bombay Reef in the Paracel Islands[viii], Djibouti at the Horn of Africa[ix] and an “extensive tunnel system for nuclear weapons” on the mainland.[x]